A new set of interesting products has been released by MikroElektronika: the Shuttle Click and the mikroBUS Shuttle modules.

The Shuttle click, pictured below, is an adapter that fits onto one mikroBUS socket and provides four ICD BOX 2×8 pin headers. 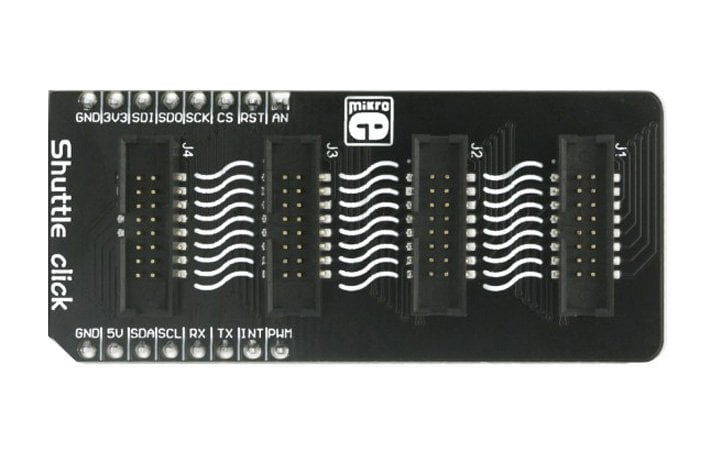 On the other side of each cable, you can connect one mikroBUS Shuttle module. In total four such mikroBUS shuttles can be connected to one Shuttle click. 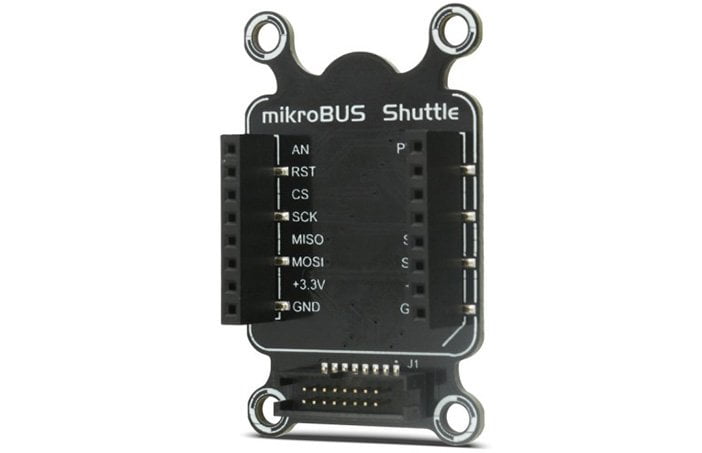 A quick look at the schematics reveals that the pins of the four shuttles are placed in parallel – an easy and elegant solution for stacking up to four click boards on a single host mikroBUS socket. 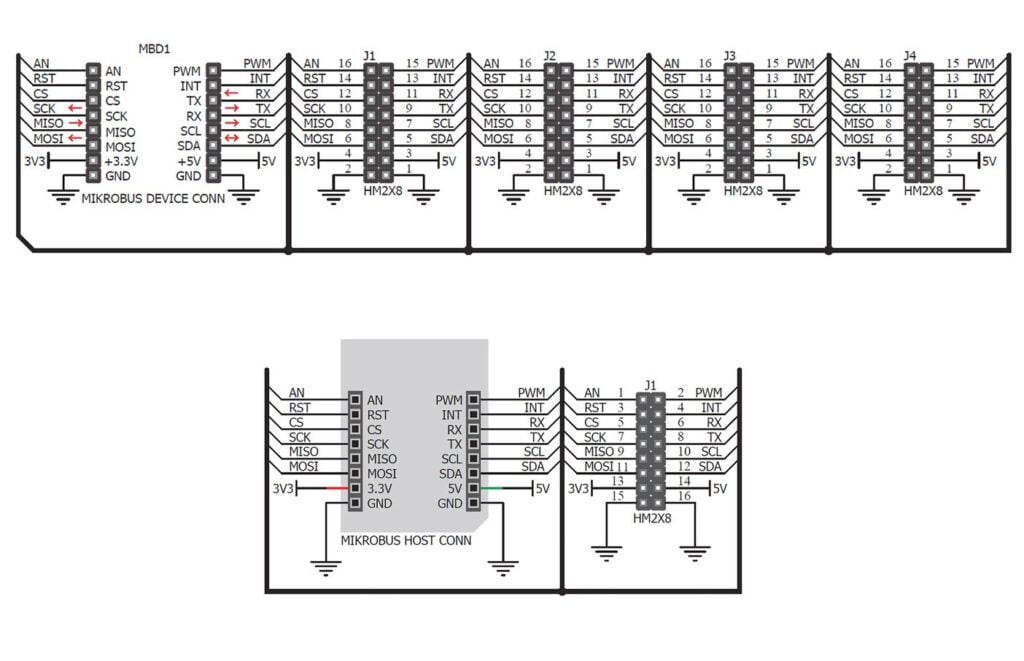 If you remember, some time ago I wrote a blog post about stacking click boards. Everything I wrote there applies here too, especially that part about pin conflicts and power requirements.

However, there are some added benefits when using the shuttle system instead of just stacking click boards the way I have proposed in my blog post.

First, you can forget about soldering and desoldering. In my proposed approach one had to remove the pins on one click board and replace them with 8-pin stacking headers. You don’t have to go through that hassle anymore. Just click the cables and the boards into their sockets, and you’re good to go.

Second, you get some extra freedom due to cable length – no more conflicts due to the physical size of the boards and components. However, one should pay attention to the length of the cable when using high-speed communication (particularly I2C and SPI). Lowering the communication speed may provide a much stable operation – this has to be done on a per-need basis.

And third, the mikroBUS shuttles now come with mounting holes. Now it’s much easier to fit your projects into a case to make permanent and semi-permanent projects. The whole range of human interaction devices – displays, buttons, joysticks – all can be placed in the most convenient location due to the shuttle system.

Google Cloud IoT Core is being retired on August 16, 2023