Today I have on my workbench (yet) another product that I find worthy to receive a review: the Element14 PI-DESKTOP case. A nice, black enclosure that adds some features: an on-off power button, one status LED, a real-time clock and a mSATA interface. Probably everything needed to convert the PI into a functional desktop computer.

So, let’s take first a look at the box: 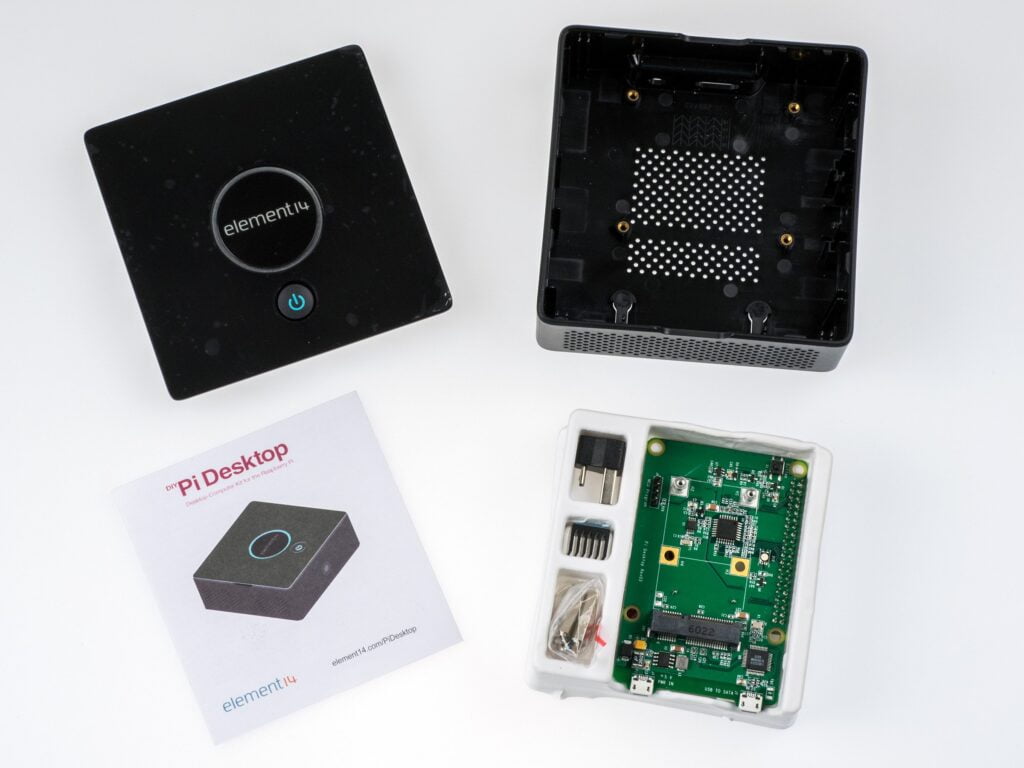 We have here the enclosure, made out of matte plastic. The enclosure comes with mounting slots so it can be wall mounted. The cover is a shiny black plastic (mind the fingerprints, please). We also find an add-on board with all the circuits needed to implement the on-off power function, the RTC, and the mSATA adapter. Mounting screws and a heatsink for the Pi is provided. The connection of the mSATA drive is achieved via a special USB adapter is provided. 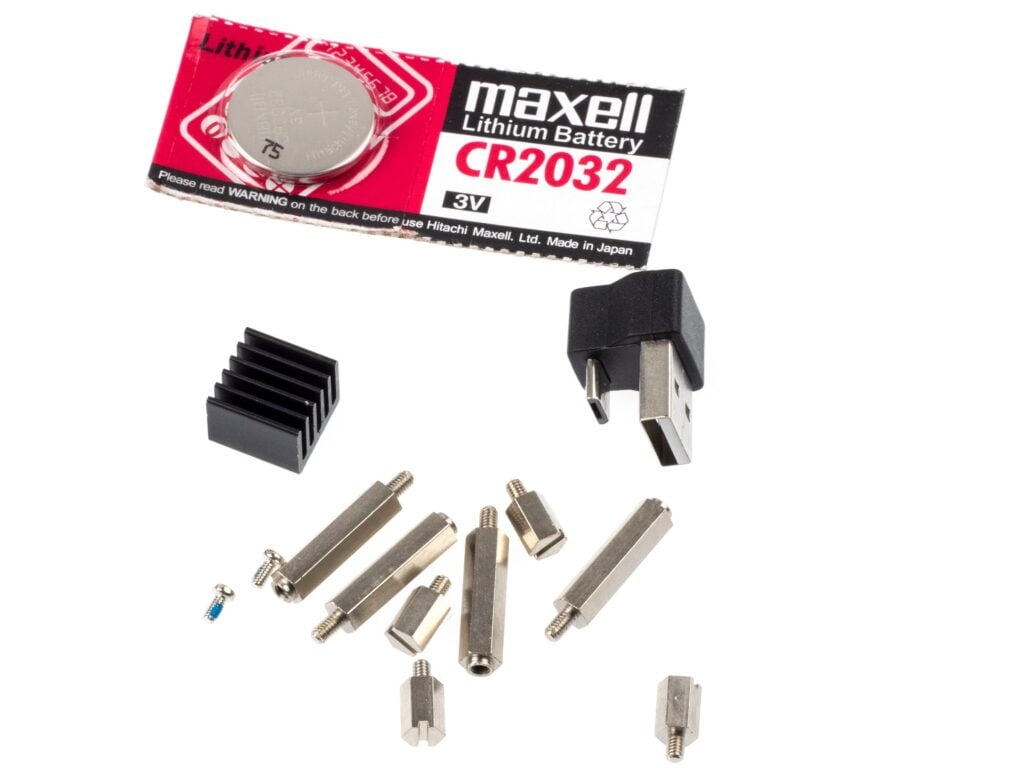 The user manual tries to provide all the required information in a small leaflet, but at the expense of small print. It ended directly in the trash bin, and I have downloaded the user manual in pdf format.

The PI-DESKTOP case also allows for a camera to be installed. I don’t have any PI cameras available, so this aspect will not be covered in this review.

The installation procedure is quite straightforward, with only some minor quirks. First, install the heatsink and the SD card. Much to my dismal, it’s impossible to remove the SD card one the Raspberry PI is installed in the enclosure. 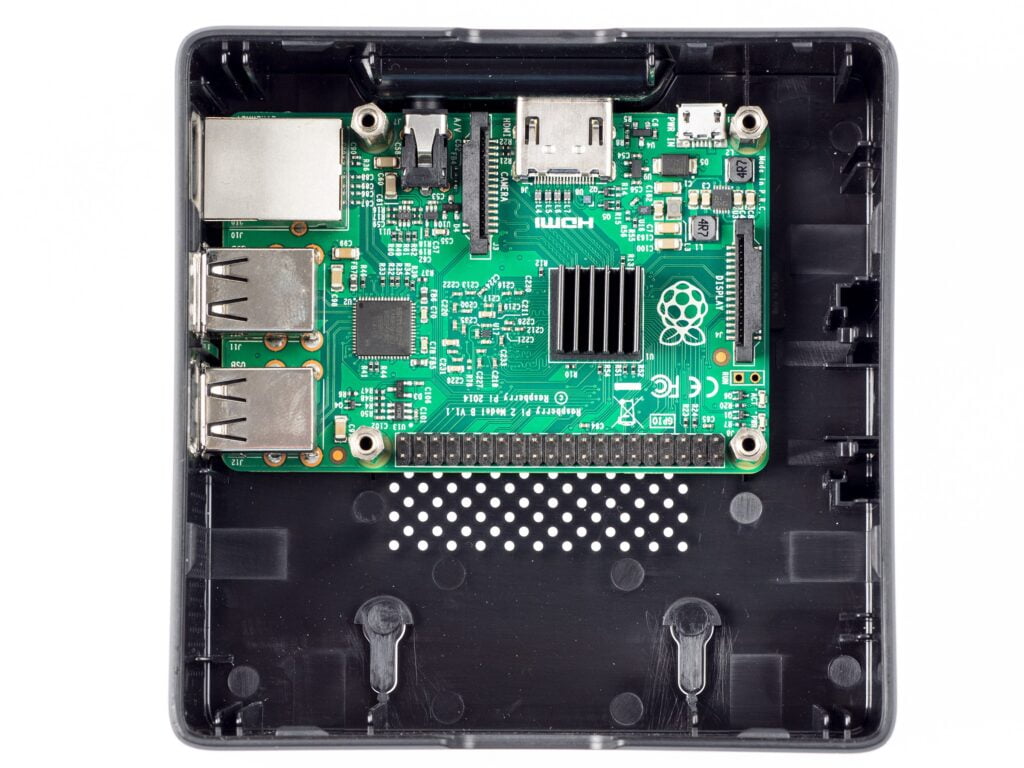 PI-DESKTOP case with the Raspberry PI in position

Then we put the battery into its holder, and we install the add-on board, taking care to align the connectors correctly. 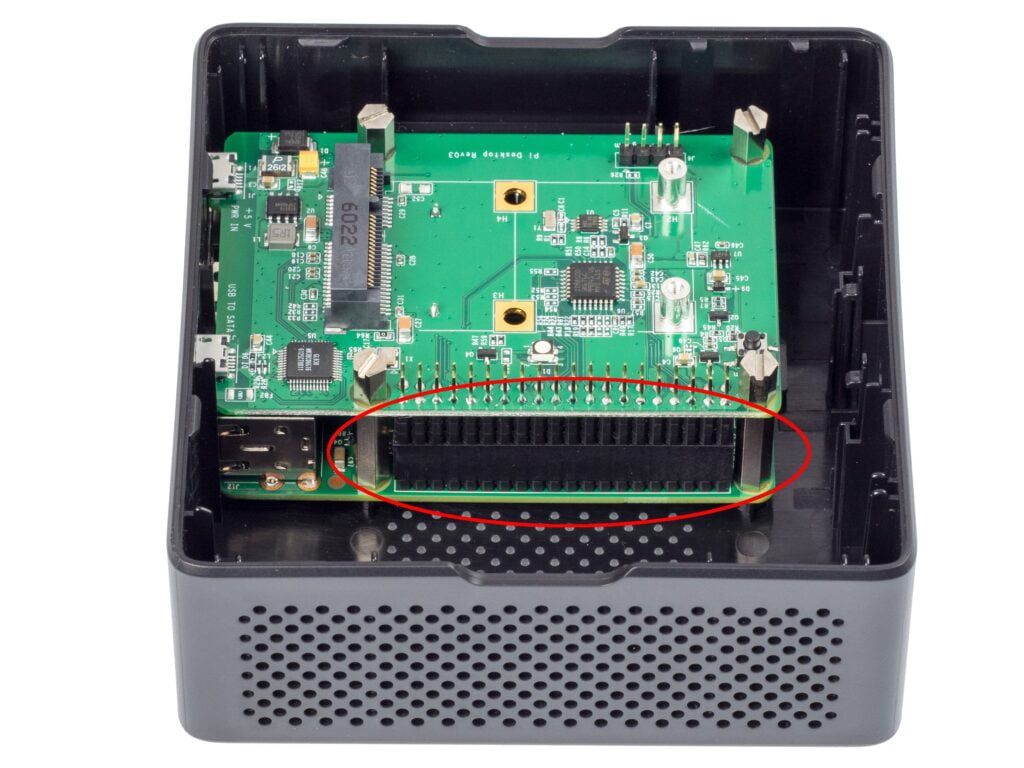 At this point, we notice one of the major issues of this case. The connector for the add-on board disrupts the airflow. The Raspberry PI processor ends up being crammed between the PI and the add-on board, and air flows only through the little spaces left on the left and right sides of that big connector. With a camera installed, the space on the right is even smaller.

The images above also show how little space is left for the air to flow around the Raspberry PI processor. 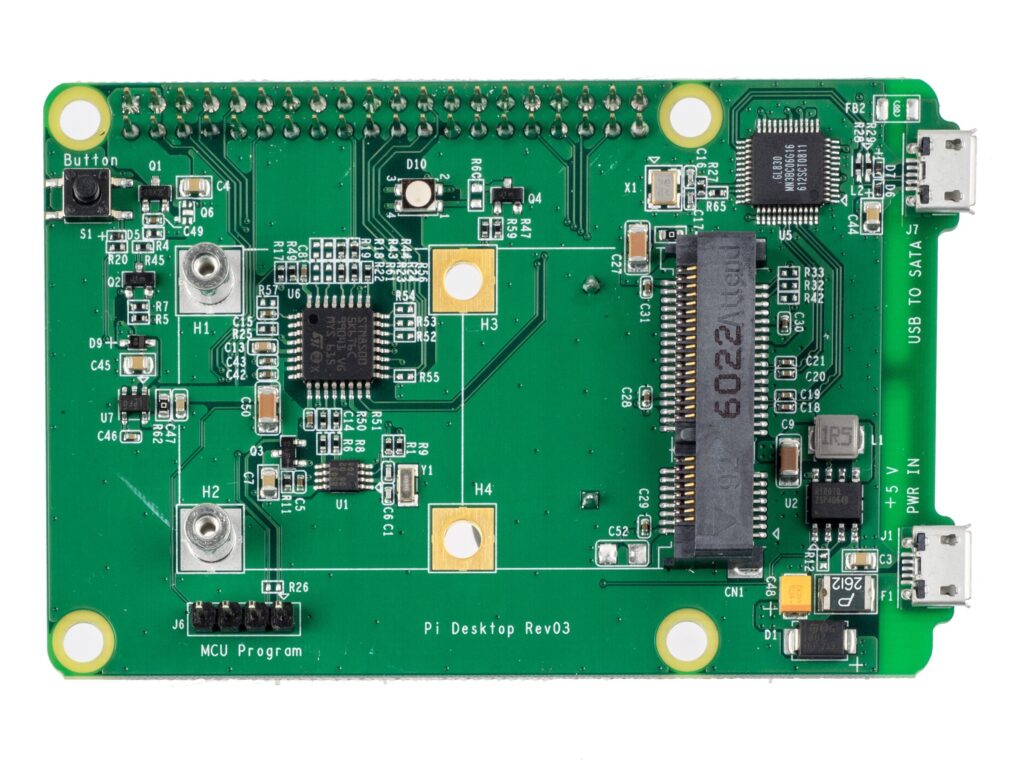 Let’s take a closer look at the add-on board. We notice here one STM8S00x microcontroller. The RTC is implemented using PCF8563. The GPIO lines used by the microcontroller and by the RTC can be found the pdf manual. Obviously, one needs a piece of software to make this extra hardware work. That software is available from https://github.com/pi-desktop/deb-make/releases.

Then, on the add-on board, we find the mSATA connector and one GL830 USB 2.0 to SATA bridge controller. Here is the second issue I find with this case: the USB2.0 connection introduces a heavy speed limitation. Don’t expect more than 40MB/s, no matter how fast your mSATA drive is. Furthermore, considering the price tag of today’s SD cards and mSATA drives, one can get a 256Gb SD card with only 20-30$ more than it would pay for a mSATA drive of the same capacity.

I have to mention here the possibility to boot from the mSATA drive, as described on the product page. I won’t do that; the PI will move too slow for my taste. 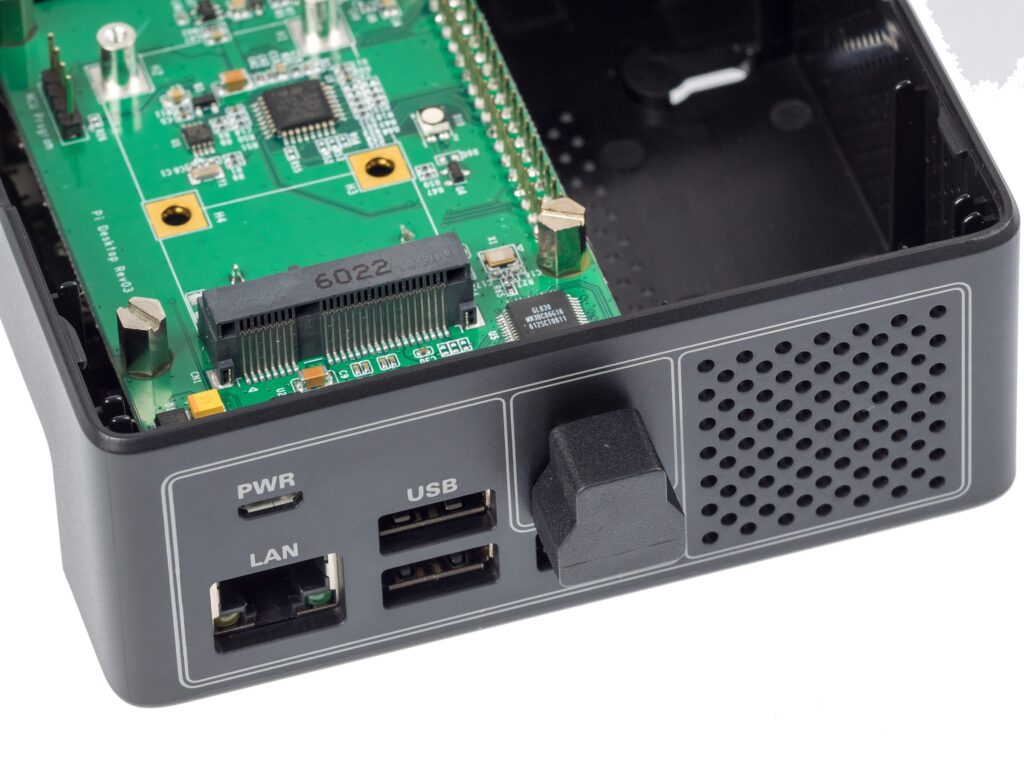 I have found out the that the small USB adapter provided is only for the mSATA drive. If you decide to go my way, and choose a bigger SD card, you can leave the USB adapter aside and gain one extra USB port.

If we ignore the airflow issue and the possible overheating trouble, we end up with a pretty fancy Raspberry PI enclosure. ExaGear has discontinued its products and services.

The status LED illuminating the element14 logo can’t be turned off, so it can be a bit disturbing if you leave the Raspberry PI powered on at night.

Unless you get a dirty cheap mSATA drive, it’s not worth the hassle.