The MPLAB Xpress Evaluation Board is by far the most affordable of the Microchip development boards, with an advertised price tag of only 9.99$. But what about taking advantage of the cloud platform and running it on some slow and inexpensive hardware, making the cheapest learning station? Yep, I mean running MPLAB Xpress IDE and programming the MPLAB Xpress board on Raspberry PI.

In this demo I used a Raspberry Pi 2 model B, with 900MHz quad-core ARM Cortex-A7 CPU and 1Gb RAM. I also used a 8Gb SD card, not the fastest ever. To connect to Internet I used the wired Ethernet port.

In this test I used the latest version of Raspbian Jessie (kernel version 4.1) with the latest updates installed. The browser used is Epiphany Web Browser, which came as standard with Raspbian. With this setup trying to use MPLAB Xpress on Raspbian proved to be a big disappointment. It just loses connection to the server and Microchip Code Configurator cannot be started. It seems that although Raspbian has Java support, the Epiphany browser has no Java plugin, and .jnlp files cannot be run.

Moreover, from time to time in Epiphany I can’t see the code I have typed.

The next test was performed using Ubuntu Mate version 15.10.3, which came with Firefox as default browser.

Here we have an installer that looks much like the desktop version. There is no default user, it must be created during the install process. In this tutorial the user is mprojects. After that I performed the usual re-sizing of the SD card as described on the Ubuntu Mate page. Then I performed sudo apt-get update and sudo apt-get upgrade.

I have to say it works much better than on Raspbian. I was able to start the IDE, and to log in. Sometimes I got an unresponsive script error”, but it’s just because the Pi is so slow, and the script times out. If you have the same error, just hit continue and everything will be OK.

Unlike in Epiphany, here I haven’t got any issues visualizing the code. All code examples provided by Microchip compile fine. Not surprisingly, as all this compiling takes place in the cloud.

Then, compiled code can be downloaded with ease, and the USB mass storage approach on the Xpress board works fine in Ubuntu.

Here comes the ugly side: for the given moment I haven’t been able to run MCC under Ubuntu Mate. What I’ve managed to do is to install Oracle java by running:

as described on http://ubuntuforums.org/showthread.php?t=2283636. Then I have installed icedtea-plugin and icedtea-netx.

As I haven’t installed OpenJDK I got the following error:

Still things are not OK, when trying to start MCC_Xpress.jnlp I get a “Not a launchable jnlp file” error:

I’m stuck here. I don’t know what else to do, so if you have any ideas, please share them… 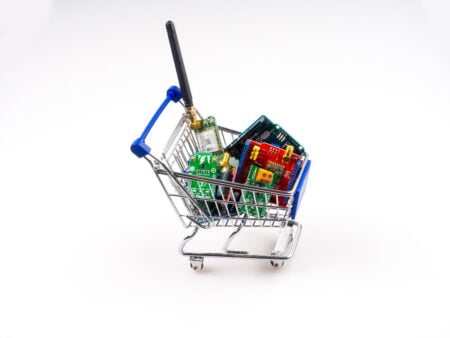 Getting started with electronics: minimum age