Ever since I wrote the blog post on sensing hydrogen sulfide using Arduino Due, I have received a lot of comments and messages about using the sensor with the more popular Arduino Uno.

To solve the logic level issue, one can take 3.3V power from the Arduino Uno and use a logic level converter like BOB-12009 from Sparkfun.

Then, one can rely on using SoftwareSerial to create a emulate a second serial port in software, and make some minor changes in the code to accommodate this. Please note that SoftwareSerial doesn’t work on all Arduino pins. In my code example I used pins 10 and 11, but if you wish to change that, do read first the documentation and make sure the pins are supported by the code library.

For this example, I have connected the H2S sensor as follows: 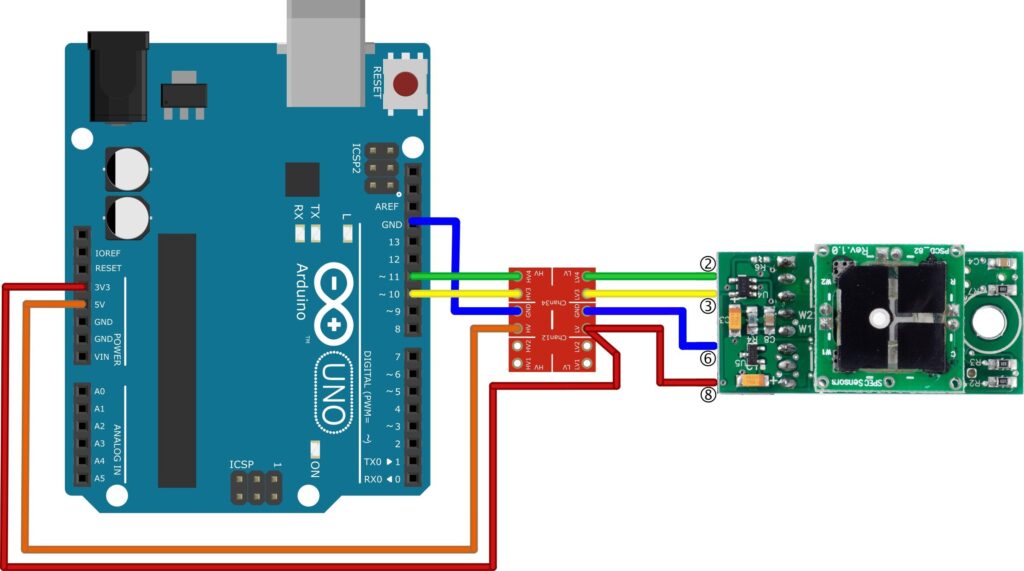 GND (blue wire) runs from Arduino Uno to the logic level converter and then to the H2S sensor.

Pin 11 runs to the HV4 pin of the logic level converter. Its counterpart LV4 is connected to pin 2 (RXD) of the H2S sensor. Later, in the code, this pin will become SoftwareSerial TX.

Pin 10 runs to the HV3 pin of the logic level converter. Its counterpart LV3 is connected to pin 3 (TXD) of the H2S sensor. Later, in the code, this pin will become SoftwareSerial RX.

This is how the connections are made on a breadbaord. I used the same colors of wire as in the above diagram, to make things easier to follow: 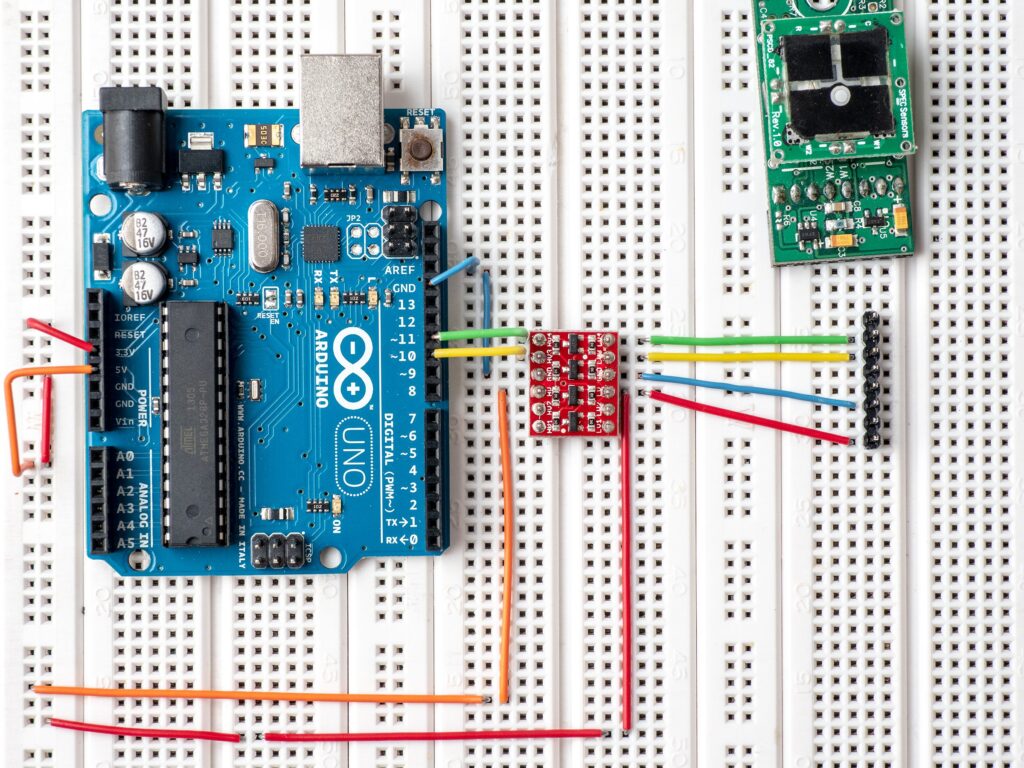 If you don’t want to dig into the datahsheet of the sensor, here is a detailed image of the H2S sensor connector: 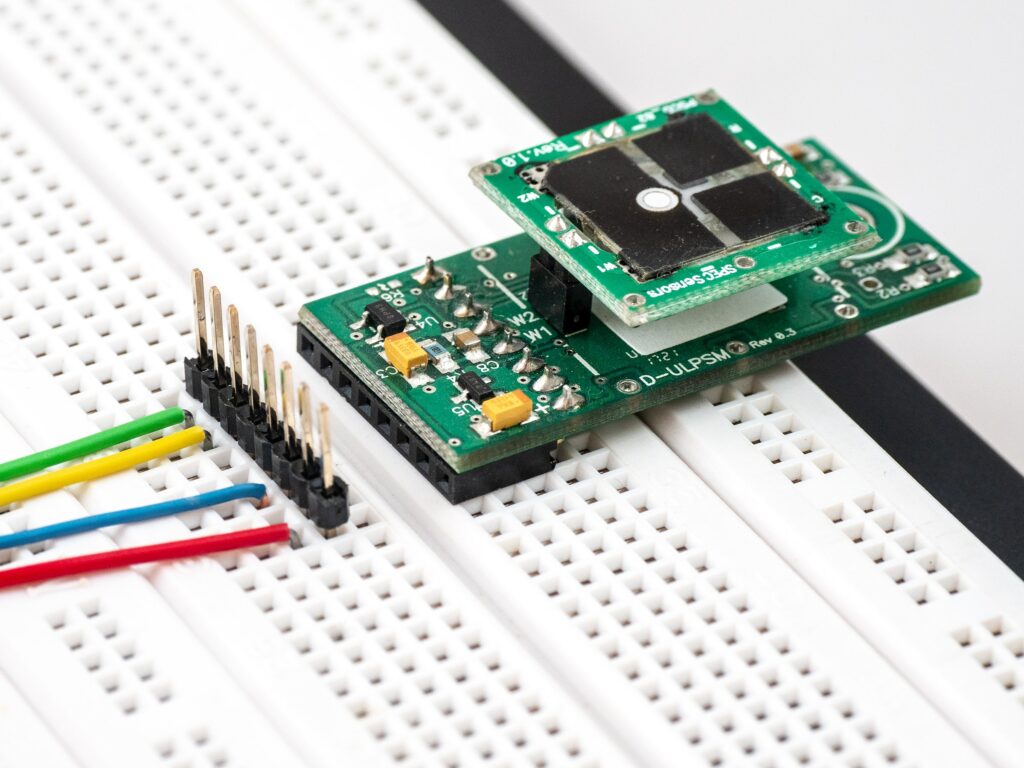 From top to bottom we have:

The code is the same as in the original blog post, with only minor changes to accommodate SoftwareSerial: