Today it’s finally the time to revisit the blog post on using the Honeywell HPMA115S0 particle sensor with an Arduino Uno board. The basics of the operation of the HPMA115S0 and a preliminary version of this code that works with Arduino Due are published in this blog post, so please take a few minutes and read it.

After publishing that blog post, so many of you have asked me to come with a way to make this sensor work with an Arduino Uno. It’s relatively easy to do it, but one must overcome two minor issues:

The wires used in the blog post to connect the sensor were all red colored.  Getting the right way to connect things was a bit difficult for some people, so I tried to make things a bit easier this time. 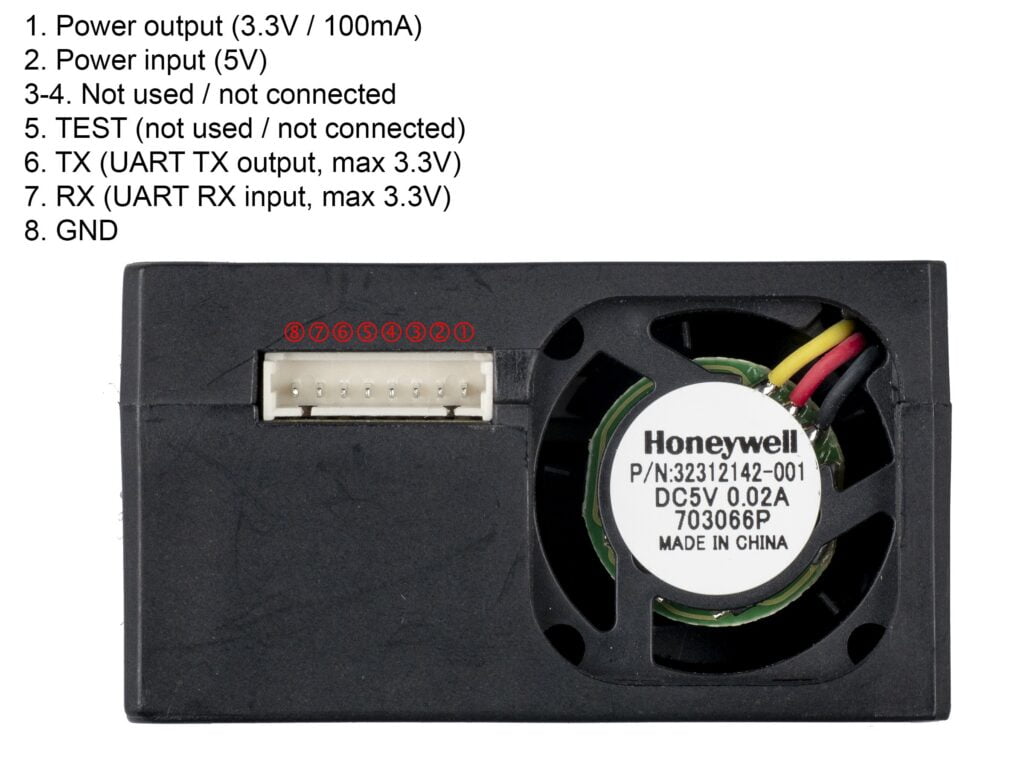 In the above picture, we can see the sensor with its connector. The pin numbering is a bit odd, with PIN1 near the fan and PIN8 to the edge of the sensor. Only four pins are used in this project: Vcc, RX, TX, and GND. 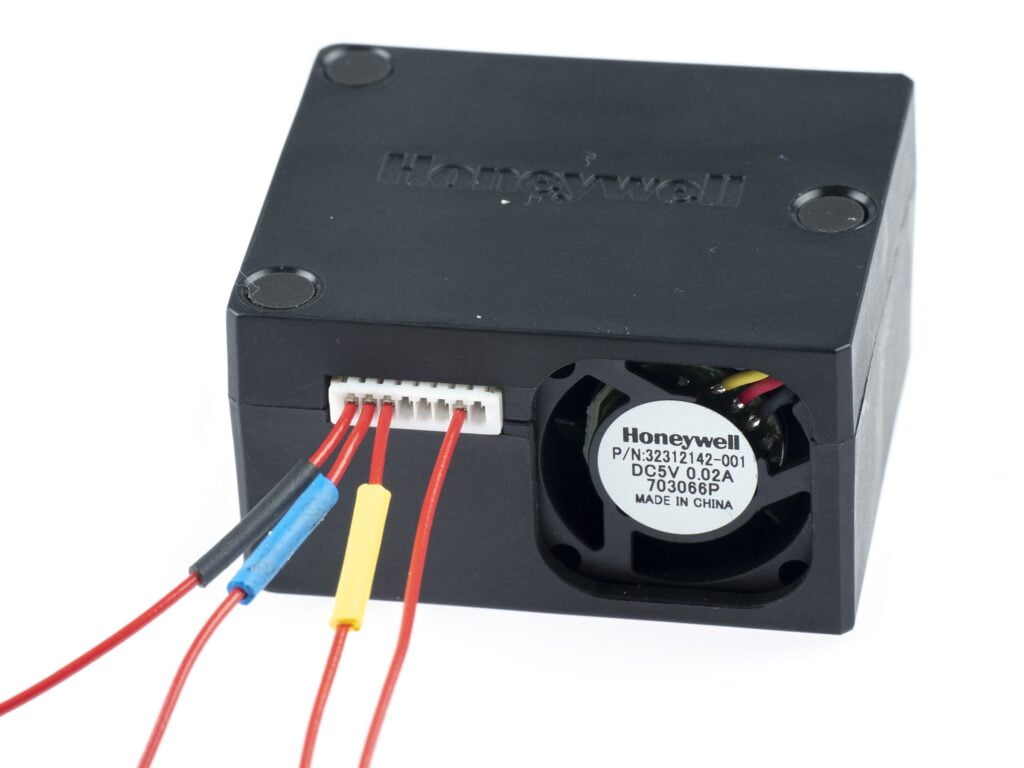 The wires are still all red, but I’ve put some colored heat shrink tubing on some wires to increase visibility:

The sensor is connected as follows: 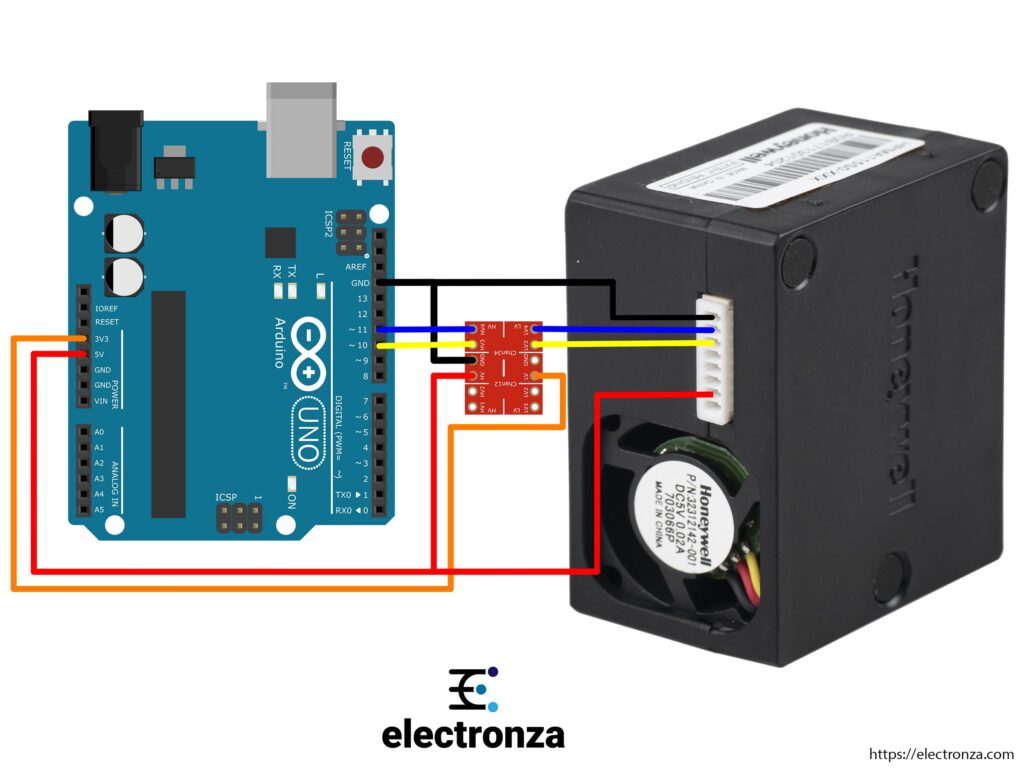 Pin11 of the Arduino Uno is SoftwareSerial TX pin and will go to the HV4 pin of the logic level converter. The opposite LV4 pin goes to pin7 of the HPMA115S0 sensor,

Pin10 of the Arduino Uno is SoftwareSerial RX pin and will go to the HV3 pin of the logic level converter. The opposite LV3 pin goes to pin6 (TX) of the HPMA115S0 sensor.

Beloe there are some pictures of the sensor connected to an Arduino Uno: